Built in this idyllic location by the Marquis Eugenio Besana in 1891, and specifically positioned and designed to take full advantage of the glorious, sun-dappled panoramic views, Villa Besana was purchased in 1920 by Cav. Ing. Luigi Orlando who established the family as one of Italy’s most important industrial dynasties. The villa remained in the hands of the Orlando family and was still used as a private residence until the end of 2020 when Property At Lake Como brokered the sale of the property to an important businessman.

All the last four generations occupying the villa during the last hundred years have been inspired by their passion for culture, luxury and style; a dedication culminating not only in the establishment of the unique botanical garden with rare and mature trees surrounding the estate – which in autumn transforms into an artist’s palette of intense colour – but also in the 19th and 20th-century Italian interior including impressive staircases, marble fireplaces, marble and wooden parquet flooring, lofty walnut coffered ceilings, dark oak boiserie panelling, typical of the early 20th century romantic style. More recently, the villa has undergone an impressive refurbishment, which has succeeded in combining the grandeur of its glorious 20th century Art Nouveau style with the high-level luxury and services one expects today.

The villa is surrounded by an exclusive botanical garden of almost 4 hectares with with a giant Lebanon Cedar and other century old trees, amazing colors and scents. Its position on Lake Como offers a panoramic shoreline walk of more than 300 meters.

Villa Besana is located directly on Lake Como, a few minutes away from Villa Melzi d’Eril and the picturesque town of Bellagio, also know as “The Pearl of the Lake”. Renowned the world over, Bellagio is home to many famous visitors enjoying the splendour of the Lake for centuries. The estate is only 10 minutes’ walk from the centre of Bellagio with its exclusive Hotel Villa Serbelloni, excellent restaurants and lakeside bars, fascinating shops and frequent ferry-boat services along the Lake from Como to Colico.

It is situated just 30 minutes from the renowned Menaggio Golf Club, 50 minutes’ drive from Villa D’Este Golf Club and Como and within 1,5 hours’ drive of Lugano Airport and Milan’s Malpensa and Linate Airports. All these airports have facilities for private aircraft and helicopter transfers. 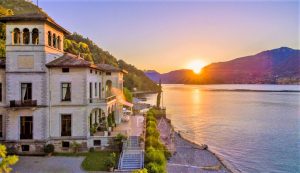 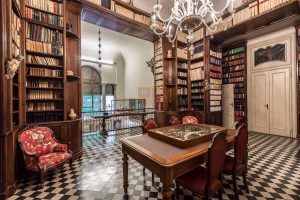 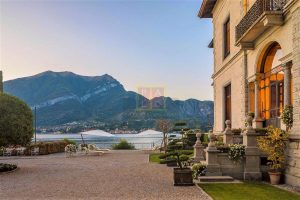 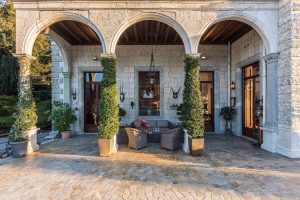 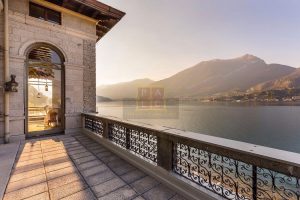 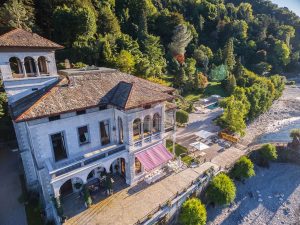 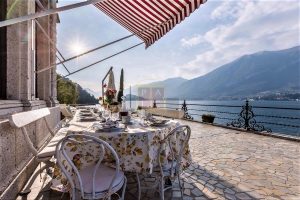